People often use the terms “pallet” and “skid” interchangeably, this can lead to confusion about which one will best serve your needs. Knowing their proper usage will help you optimize your product’s storage and transportation. We’ll explain the difference between the two, their respective applications, and even some interesting history.

First, knowing what deck boards are, is key to understanding the difference between a pallet and skid. Deck boards are the boards that run perpendicular to the stringer (a beam component that supports the deck). They create the platform that allows your products to be placed directly on top.

Bottom deck boards are only found on pallets. And although it does not make them them reversible they do become more stable during transportation, and can be easily stacked on top of one another.

Skids do not have a bottom deck board, making them less stable during transportation, but more sturdy when stationary.

The older brother of the two, the skid was around a long time before the pallet. The exact origin of a skid is unknown, but archaeological evidence suggests they were used in 1st Millennium BC in Ancient Egypt and Mesopotamia to drag heavy things around (maybe the pyramids were aliens, or maybe they just used skids).

They really became important for military cargo during WWII to save on space and loading time. While skids and pallets were used, skids were favored because they were more easily pulled through sand and dirt.

As we went over, one of the main characteristics of a skid that separates it from a pallet, is that it has no bottom deck. This makes it a great option to be used as a permanent foundation for heavy equipment, and easier to drag because it produces less friction.

You can get skids at a cheaper price since they take less lumber to make. You shouldn’t choose skids though simply to cut down your cost because they are often not the best choice for most needs.

Pallets as we know them now were not created until the forklift truck arrived. The first forklift was invented in 1915, leading pre-existing skids to be adapted to better suit this new machine. A man named Howard T. Hallowell fixed bottom planks to the skid to allow for stacking and for goods to be moved at a higher speed. He filed a patent for it in 1925, coining it the “Lift Truck Platform.” Shortly after, every warehouse across the globe began relying on these simple wooden structures to store and load their goods.

In today’s times, pallets are a well-known term, mostly thanks to DIY’ers that can upcycle pallets into headboards, tables, bookshelves, signs, basically anything you can imagine.

The standard pallet size is 48”x40” and can hold upwards of 4,600 pounds- which is about the weight of a full grown male rhinoceros! Pallets do come in other sizes if you’re shipping things smaller, or larger, than a rhinoceros.

Pallets are the more popular option because of the top and bottom decks that make them more stable, which is ideal for transportation. It’s also easier to move a pallet with a forklift, and they are more convenient for racking.

Not only are they a great shipping option, but they are also sustainable. At the end of their life, over 97% of wood pallets are further recycled into mulch, animal bedding, wood pellets, or boiler fuel, doing their share for the environment.

Which Is Right For You?

In the end, does it actually matter what the difference is between the two? If you’re planning on transporting your goods, then yes it does!

As we’ve already discussed, skids are less stable due to the lack of a bottom deck. This makes them not ideal for anything but being used as a permanent foundation for heavy machinery.

Pallets on the other hand, are easy for a pallet jack or forklift to move, hold well during transportation and storage, are convenient for racking, and can accommodate a variety of weights and sizes.

Bottom line, unless you have very specific requirements that work better with a skid, you will most likely be using pallets. If you’re still not sure which is better for your needs, contact us and we’re more than happy to go over it with you. We’ve got you covered with all your packaging needs.

Send us a message 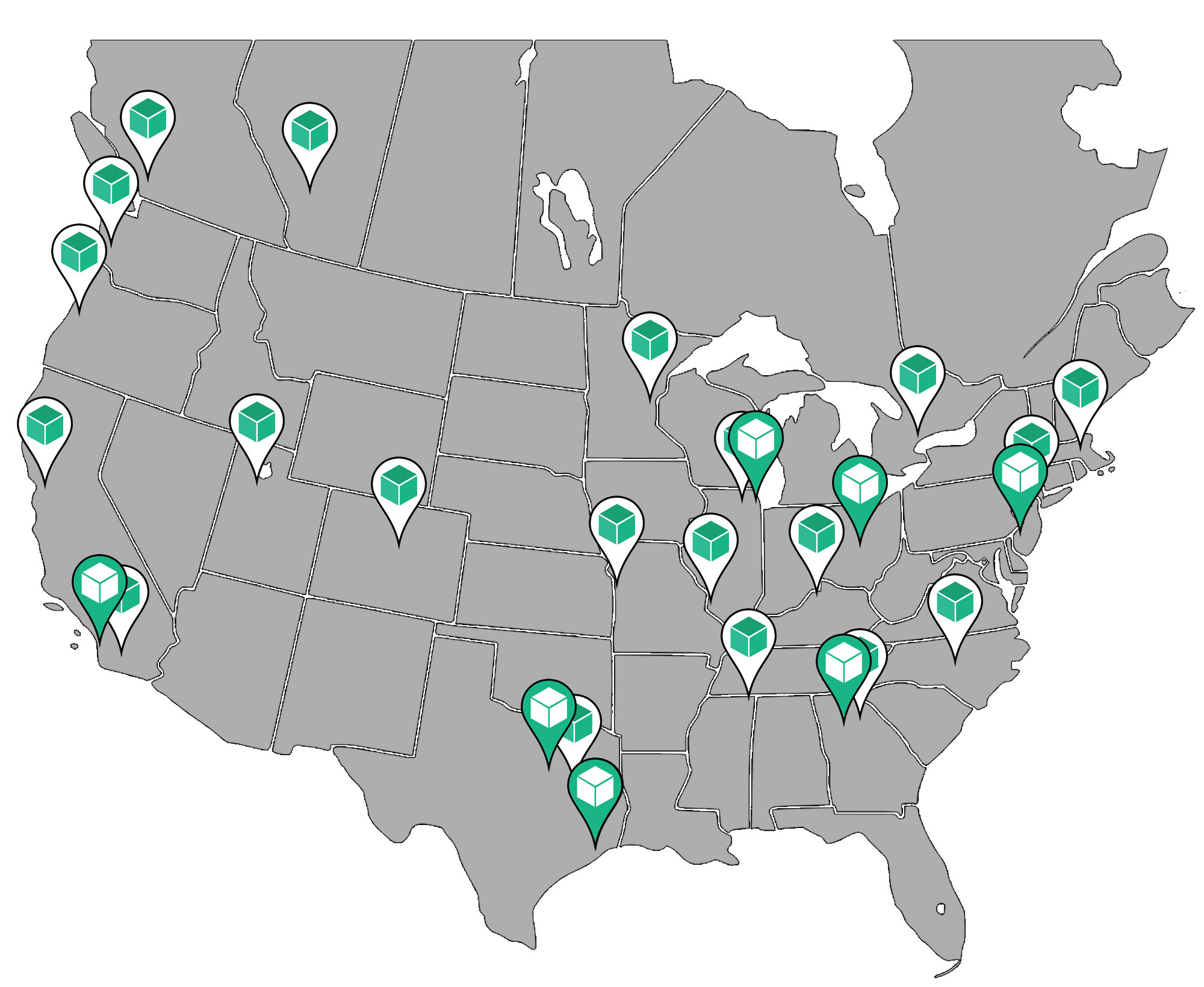